I have heard the call of 40k again.  The hype of 8th edition has swept me up and I'm once again working on my Imperial Guard (now known as Astra Militarium) Army. 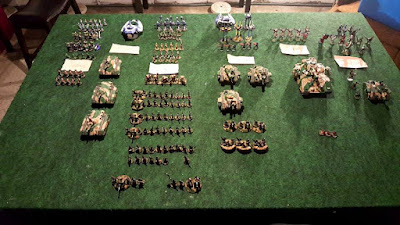 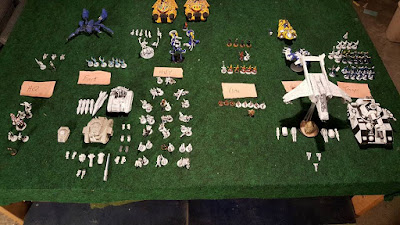 I picked up the Rulebook for a steal at a Local Surplus store that had bought out a failed Hobby chain.  Got the Codex and the Card deck in trade for some old boardgames.  So I'm back into 40k for a grand total of $25. 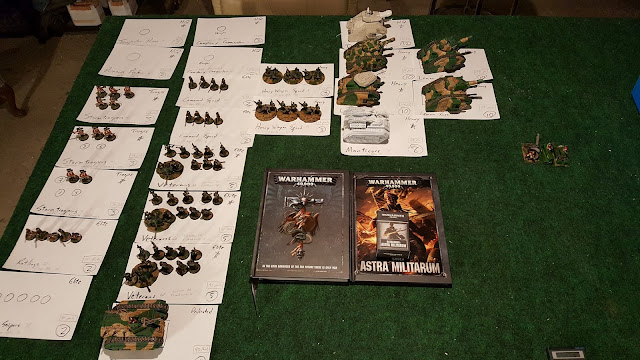 Very interested in the Mordians and their special abilities...while some say they are the weakest of all the Regiments in the book...I'll do my best to prove them wrong. 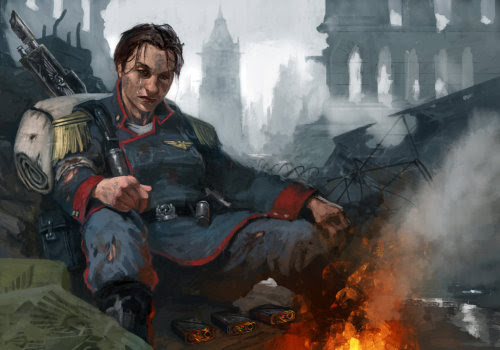 Yeah I've been away for a while.  Had quite a run playing Battletech campaigns, and the new Quick Strike
campaigns   Jumped in with both feet into Dreadball...which is still an ongoing league / painting project.

However a couple of the old gamer buds have come back to 40k...who am I to abandon them.  So over the last week I've finally gotten about to assembling and magentizing the Manticore / Deathstrike Missile launcher.  I've also assembled and magentized two Wraithlords for my Eldar army...mostly because I was on a roll and waiting for the greenstuff to harden on the Manticore.

Finally, a good friend of mine, the FLGS owner, landed huge batch of imperial guard in trade with a customer.   He then turned and gave me all the Mordians in that batch...all Heavy weapon teams, I would guess about 15 teams in all, with weapons.  Fielding them all will be quite a change from the core build rule of the 95th (BS 4, and as many sniper rifles as possible).  I'll have to take regular companies rather than veterans to fit them all in.  I'll also have to update my painting chart once I get them all sorted.

Anyway I got my hands on the new rulebook and there are a couple of things that I think really help the Mordian 95th Rifles.

1) Sniper rule changes.  To hit roll of a 6 I get to pick my target...that is pretty sweet.  The 95th usually has from 12-18 sniper rifles on the table so this rule is a good change.  Keeping that with Rending on a 6 wound roll...means I have a 1 in 36 change with each sniper shot to put an AP2 wound on a mini of my choice.  Course they have the "Look out sir" rule for their leaders...but I'm more interested in taking out the special weapons / heavy weapons.

2) Flyers...Valk / Vendetta will be even more viable.

3) Warlord...Like that Sharpe will have even more skills / abilities open to him.

4) Snap fire on the move.  Standard 95th Vet squad is 3 Sniper rifles and a Lascannon. Like that I can now shoot the half of my veterans squad when I move that I couldn't before...sure I'll need a 6...and those snipers will be regluar non precision shots if they hit...but I'll be rolling dice.

5) Overwatch.  So I get to shoot at them coming in?  How sweet is that!

Hope to get my first game with the new rules in this Friday...I'll let you know how it comes out.
Posted by Ranger Rob at 8:57 AM 24 comments:

So When opening my Christmas presents I found this sitting in my lap... 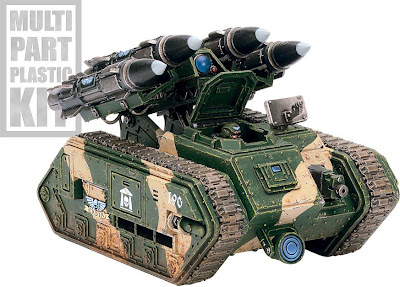 A very cool piece.  Will have to assemble it and see how hard it will be to magnetize / modify it so I can swap out the Maticore for the Deathstrike.

The next question that comes is...How does this fit in the "Theme" of the army.  I suppose it could be "Horse Rocket artillery"


Course I might not want to jinx the model with the accuracy shown by the Horse Arty in the video above. ;)

Hope you all had a very Merry Christmas, and got lots of sweet gaming loot from Santa.
Posted by Ranger Rob at 9:29 AM 12 comments: 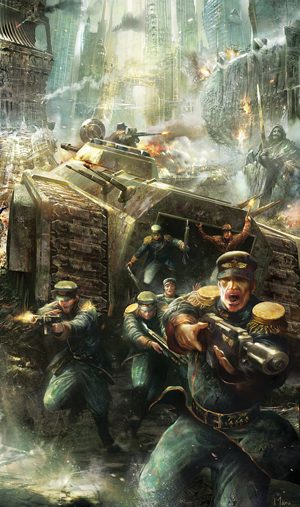 Next to be Painted